Church of Saint Mary parishioner Matt Hanisch spent his second semester and most of his summer working at a Catholic film production company run by the Holy Cross Order, specifically by Fr. David Guffy, C.S.C.

In the 1950s, in the hills of Hollywood on historic Sunset Blvd., a young film student from the University of Southern California arrived at a small Catholic film production company called Family Theater Productions, asking to use their editing machine for his senior thesis project. Family Theater’s founder, Father Patrick Peyton, C.S.C., allowed the student to use their machine on one condition: he had to help with one of Family Theater’s film projects first. The student agreed, and that’s how George Lucas, the director of Star Wars, earned his first film credit, as an assistant cameraman on the mid-1960s short “The Soldier,” starring William Shatner.

Fifty years later, another USC film student arrived at Family Theater Productions looking for a job, but this one happened to be a Church of Saint Mary parishioner. Matt Hanisch, a junior at the University of Southern California’s School of Cinematic Arts and a graduate of both the School of Saint Mary and Bishop Kelley High School, spent the past six months working at the company that once hired George Lucas: Family Theater Productions.

“I started in January as an intern,” Hanisch explained. “Twice a week I would help read scripts that been submitted to the company or edit short video content for social media.” These short videos ranged from informational videos about the company itself to interviews with stars like Chris Brancato, one of the writers and co-creators of the Netflix show Narcos. However, they all had one thing in common: a dedication to remaining morally righteous.

That moral righteousness stems from the company’s current leader Father Guffey, C.S.C., a Holy Cross priest who oversees every production made by the company and still finds time to say Mass or lead Adoration once a week. In everything he does, Fr. Guffey works to continue the Fr. Peyton’s mission: to entertain, educate, and inspire. As the head of production, Fr. Guffey oversees every script, YouTube video, and feature film that goes in or out of the company. A graduate of the University of Notre Dame, Fr. Guffey is the Priest in Residence at the St. Monica Catholic Community in Santa Monica, California, and assists with pastoral outreach to Hollywood. He helped ensure that Hanisch’s time at the company helped him not only to produce quality video content, but allow him to make valuable connections in the Catholic Community in Hollywood.

As an intern, Hanisch’s time was originally supposed to end with the school year, but a few weeks before finals, Hanisch’s boss, Tony Sands, called him into the office. “At first I thought I was in trouble,” Hanisch admitted. “I had never been called into his office before, so I didn’t know what to expect.” However, instead of reprimanding Hanisch, Mr. Sands offered him a job. One of the assistant producers at Family Theater would be taking a six-week sick leave to recover from a major surgery, and Hanisch was offered the temporary position in her place.

“I was beyond excited,” Hanisch continued, “and I accepted almost immediately.”

Since then, Hanisch’s time has been filled with a flurry of script changes, last-minute rewrites, and lots of prayer. His work as an assistant producer centered around Family Theater’s upcoming YouTube series, “Catholic Central,” a talk show that explains Catholic theological teachings in an engaging and entertaining style. More information about the show is available on the show’s website (http://www.catholiccentral.com), and the first 10 episodes will be posted on September 15.

“Overall, the experience helped me grow as a filmmaker and as a Catholic,” Hanisch concluded, “and I hope to work with the company again in the near future.” 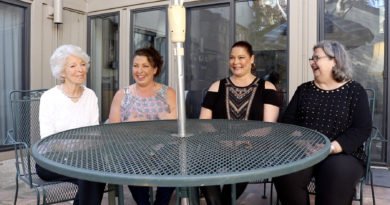 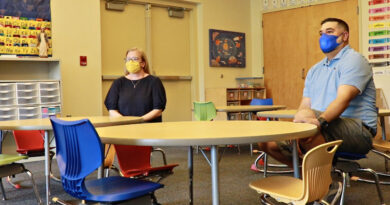 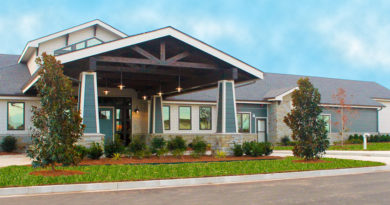