How did you first get involved at the Church of Saint Mary?

We moved to Tulsa in May 2005. We are a U. S. Army family. My husband is active duty Army and we had been stationed in Ardmore, OK for a few years. I am originally from Tucson, AZ. We currently live in west Tulsa, however, my search was for a parish that had a youth program as our two older boys were starting middle school at that time. A few of the soldiers we had gotten to know told us about Church of Saint Mary. The first time we attended mass there, we knew it was where we belonged. I had been a youth minister in Tucson since I was 19 years old so I called the DRE and asked her to sign me up. That was about 12 years ago. Our parish community is very important to us. Since we live so far away from our own families, we feel very blessed to have found such an awesome extended family here.  I could not survive without these amazing people.

What is your role in youth group activities? 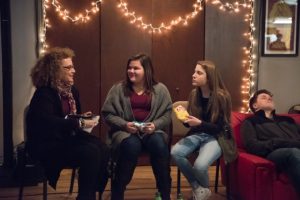 Youth ministry brings me pure joy. In the 30+ years that I have been involved in youth ministry, I have been fulfilled in so many ways. We hear it said that the youth is our future; that building up their love and faith in God will eventually lead them into a stronger relationship with Him into their adult years, which is an important goal, however, I would also say that the youth are here and now. They are today; they are searching; they are curious; they are an important part of our community. I am believer in the thought that “we learn as we teach.” Believe me, these young people have taught me a lot! As a youth minister, I have had to jump into many different roles. Some days I am a teacher, some days a counselor; I’ve had to be “the mom” sometimes…. I’d like to think that I’m the “cool mom”….. ? I had some really awesome youth leaders when I was a youth and my goal was to someday be that to young people. I would like to believe that I have reached that goal.

You’re very active in the Women’s ACTS community. When did you do your retreat? How did you grow closer to Jesus?

I am very active in the ACTS ministry. I went on my ACTS retreat in April 2016. I absolutely LOVED it.  When I lived in AZ, I was very active in Cursillo. I was on team for about 9 Cursillos. I really enjoy retreats; bringing my love for my faith to others. Getting to know all these lovely people is probably one of my favorite parts of ACTS. My community is very important to me.

Becoming closer to Jesus has been a journey I began back in the 70’s and 80’s when I was in youth group. I learned from the youth leaders then, and as I became a youth leader, I also began to learn. The desire I had to learn more about my faith grew through the years, and forming a deeper relationship with Jesus became part of my life; it became a way of life for me.

What other activities do you do?

Other activities that I am involved in is Family Readiness Group that helps military families as their spouses are deployed or stationed away from home. I have been part of that group for about 12 years. My children have been involved with FFA at school so I also have helped with those functions in the past; and I also have been involved in many of the Adult Formation though the years. I love this parish!

How does Hospitality help others in our parish enhance their relationship with God?

I believe that as Christians, as human beings, it is not only our responsibility, but it should also be our human nature to show kindness to others. It should not matter where they come from, what their faith is, or anything. We are called to be Christ for others. We are called to love one another. We are called to do unto others. By doing this, maybe we could also help others in their relationship with God. 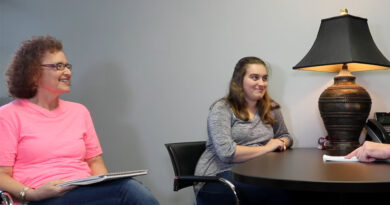 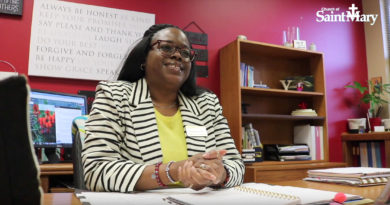 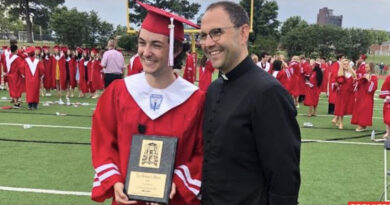